Learn how to make this DIY paper mache deer head for free using items around the house! Perfect for a woodland nursery or kids room!

While out shopping for our son’s nursery, I came across this $15 paper mache deer head at Hobby Lobby. I could have just bought the deer head, I could have used a coupon, but me being my stubborn self said, “I can make that.”

After completing our ultrasound picture frame and wood letters, I wanted some way to add dimension to the collage wall we were doing in the nursery. This DIY deer head was a wonderful addition with its neutral tones and antique flair of the newspaper and twine!

Zero planning went into the making of this project, and my process may seem like a mess. Nonetheless, it worked and I didn’t even spend a penny to complete this project! All of the supplies was either free – newspaper and packing paper – or items we already had – twine and Mod Podge.

My logic was this:

I will make it and love it. – OR – I will hate it and it only cost me the time to make it.

Thankfully, the former was what happened!

VARIATIONS OF THIS PROJECT:

If you do not want to make the form from scratch, you can purchase a ready made paper mache deer head and skip to Step 3 for how to decorate!

We had mounds of packing paper leftover from our previous move with the Navy, so I decided to put at least a tiny portion of it to good use!

I used scissors to cut my paper into strips. I later found out the the pieces of paper will lay smoother if torn rather than cut. Either way works!

I cut both 1-2″ strips for my paper mache and 4-6″ strips for creating the overall base form.

To thin the adhesive, I placed some Mod Podge in a bowl and added some water to get the thinner consistency to dip the paper strips in.

Y’all are going to laugh so hard when you see my process for how this paper mache deer head took shape! I am not exaggerating when I say that I was completely winging it on this project and seeing where it took me.

To begin, I grabbed two brown paper lunch bags and stuffed them with packing paper. I roughly shaped them into a head and neck, and tied them off. You can use whatever you have to tie them off – rubber band, tape, glue, staples, string, etc.

Next, I formed the base of the antlers by twisting a 4-6″ wide strip of packing packing into a curve and wrapping it in smaller paper mache strips.

The ears were simply flat pieces of packing paper that I rolled up the sides of to form the rims of the ear. I used the hot glue gun to glue the rolled up sides to prevent them from unrolling before applying the paper mache.

After I had all of my pieces, I then attached them all to form the base. Starting with the base pieces, I glued the head to the neck portion. I twisted some more 4-6″ wide strips of packing paper and wrapped them along the top and base of the neck to form a natural tapering shape.

Next, I created and attached the detail pieces. I glued the ears onto the head and crumbled up some small bits of paper to form mounds for the eyes and nose.

I know, it looks pretty bad right now. Keep going, it will get better!

Dipping the strips of 1-2″ wide packing paper into the glue, I began laying the strips onto the base. I used the strips to taper and smooth the details of the face until the base was covered and I was happy with how everything looked.

The antlers were the last pieces to be glued onto the head because of their weight. Once I glued the antlers on, I had to prop them up while they dried.

Notice my glue bottles playing the role of structural supports!

Now that the foundation was made, it’s time to move onto the decorating portion! Considering our son was a Navy baby, I found it fitting to use Navy newspaper articles to decorate the deer head for his nursery!

I cut the newspaper into 1-2″ wide strips for my paper mache and thinned out some more Mod Podge.

When working with newspaper, be careful not to overwork the paper. The ink can smear if brushing the surface with a sponge brush, rubbing the surface, etc.

Make sure to paper mache the base of the neck (the part that will be against the wall) with packing paper strips to strengthen it for hanging.

Once all of the paper mache was complete and dry, I then used a hot glue gun to attach the twine to the antlers.

At the top of each point, I wrapped the twine until it filled in the space, glued it down at the center of the point, and trimmed off any excess.

Then, I went back to where I left off on the base of the antler and continued up the antler with a new strand of twine.

I repeated this process until the whole antler was covered in twine.

At this point you could choose to add floral! If we have a little girl at some point, I plan to add floral to the crown of the deer’s head and possibly intertwine some into the antlers.

My original plan for hanging the deer head onto the wall was to attach it to a wood plaque like a taxidermy deer head.

But, I was in a pinch to get this on the wall in time for some baby photos that were being taken in our son’s nursery.

What I ended up doing was simply poking a hole into the back of the deer’s neck and hung it on the wall through the use of a small command hook. It got the job done and I was happy with it!

I gotta admit, I was very happy with how this turned out especially when I didn’t have a clue what I was doing in the process! And I especially love how this project didn’t cost me anything! You can find more of our nursery projects below!

How did you decorate your DIY paper mache deer head? Comment below or tag us on social media to share with us! 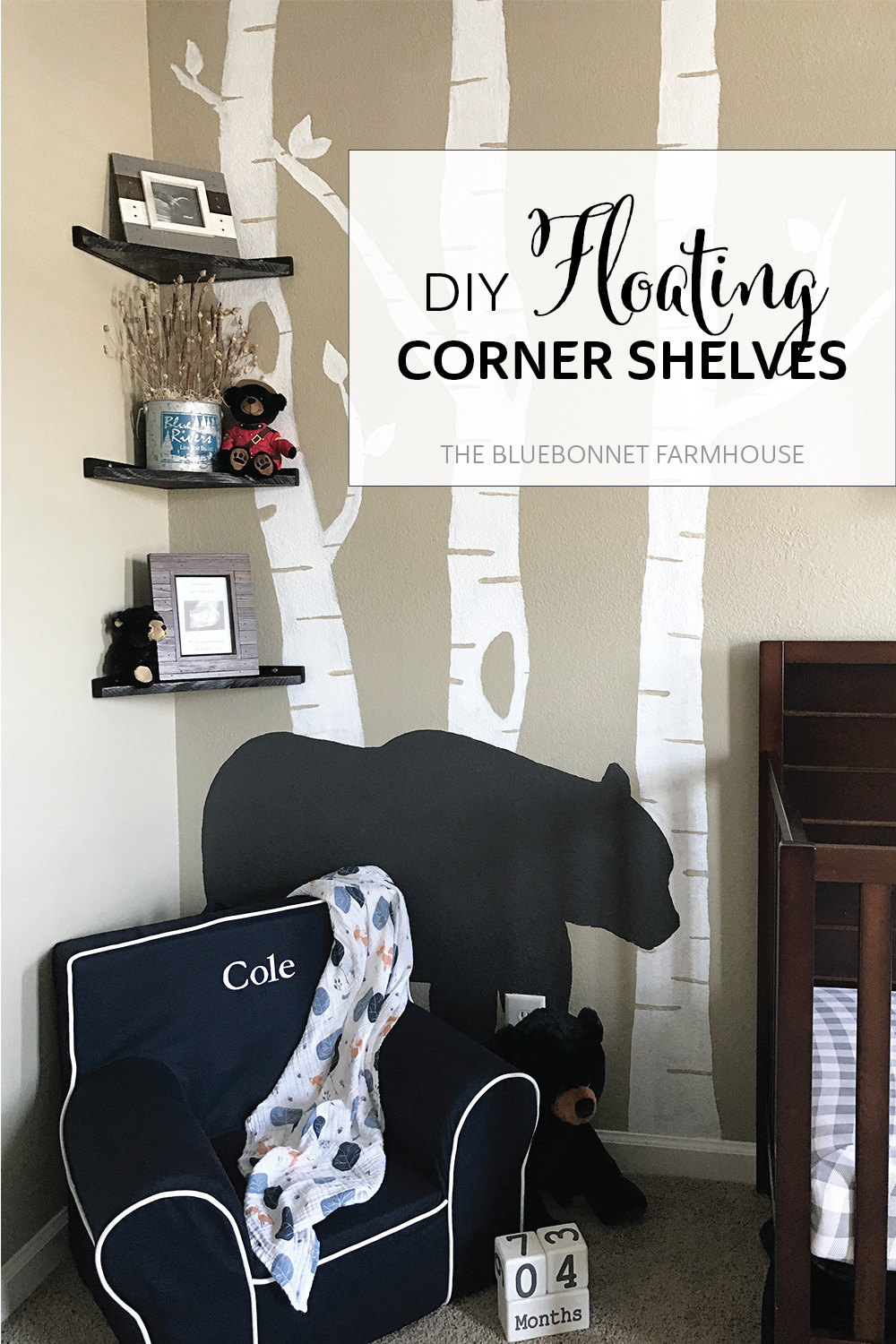 If you saw our post about the DIY pipe shelf we made, then you already know the so-called dresser we were using in our son’s nursery was rather small. With extremely limited counter space, we were wanting to add more storage and decorating space through shelving. … 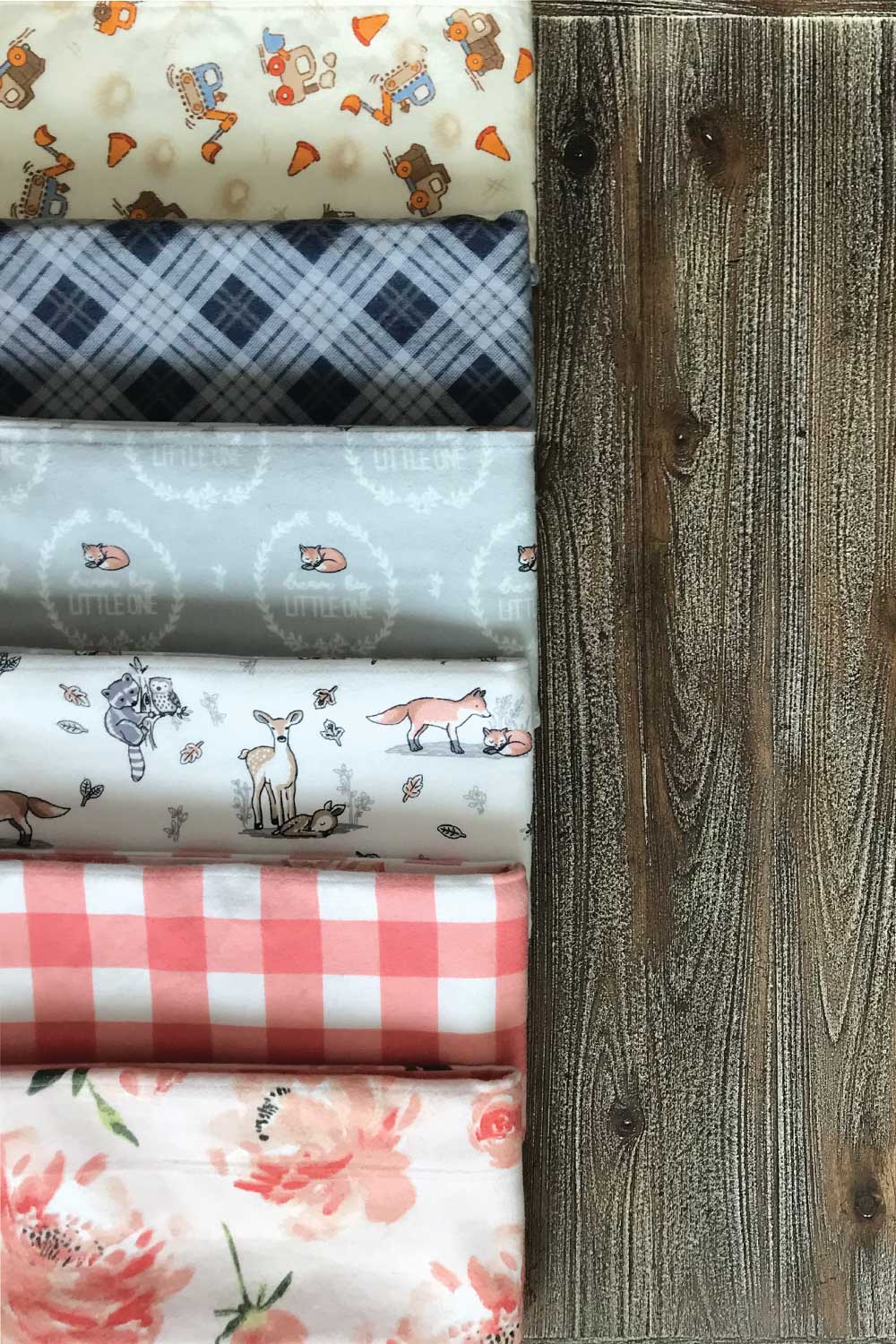 In an attempt to free up some space in my craft closet, I am now offering handmade items for sale! The best part is with every purchase you are helping to unite military families and aid our wounded warriors! … 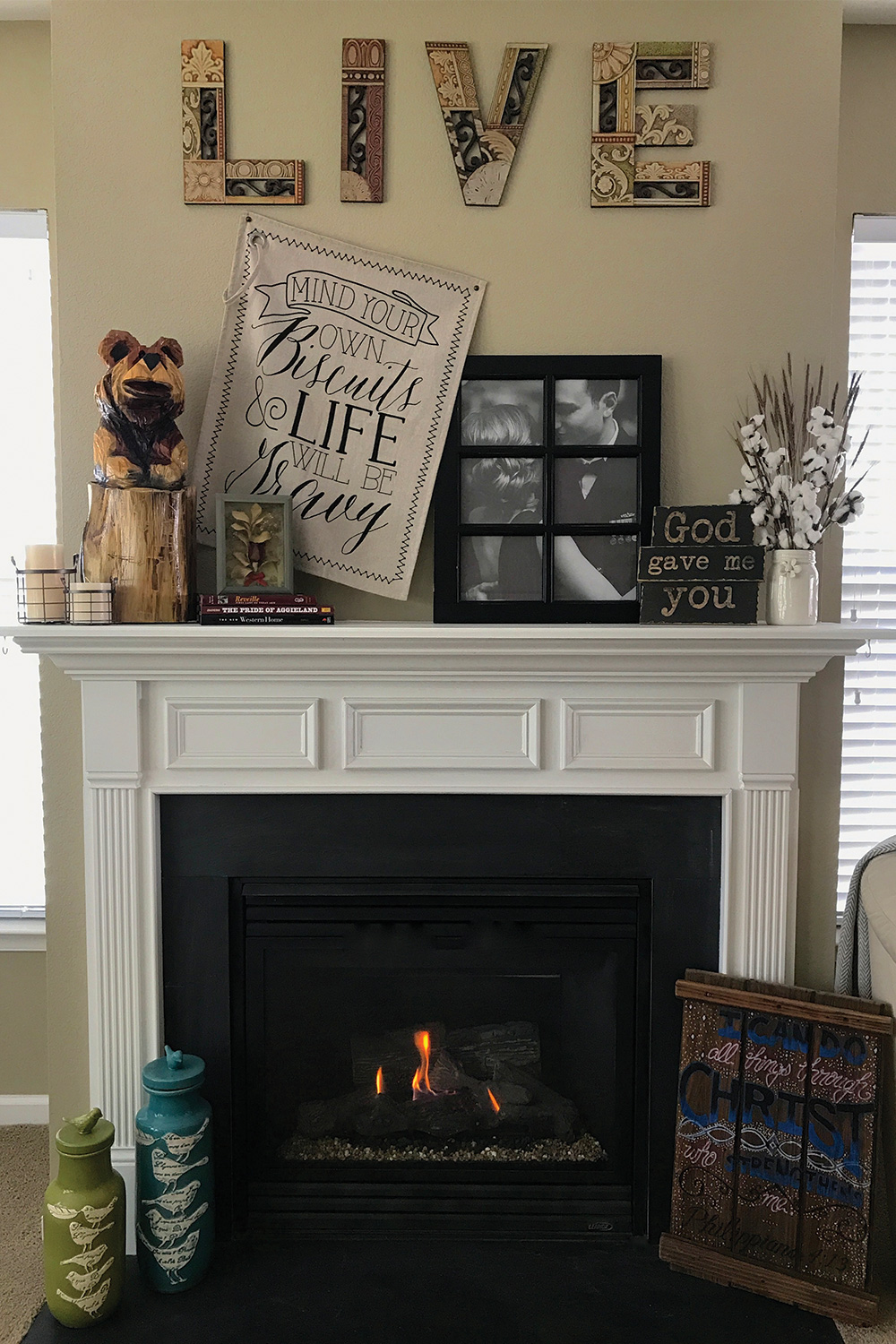 After weeks of trying to decide how to tackle this mantel, I had finally come up with a solution and in love with how it turned out! We were renting housing on base at the time and therefore could not do any permanent design work… 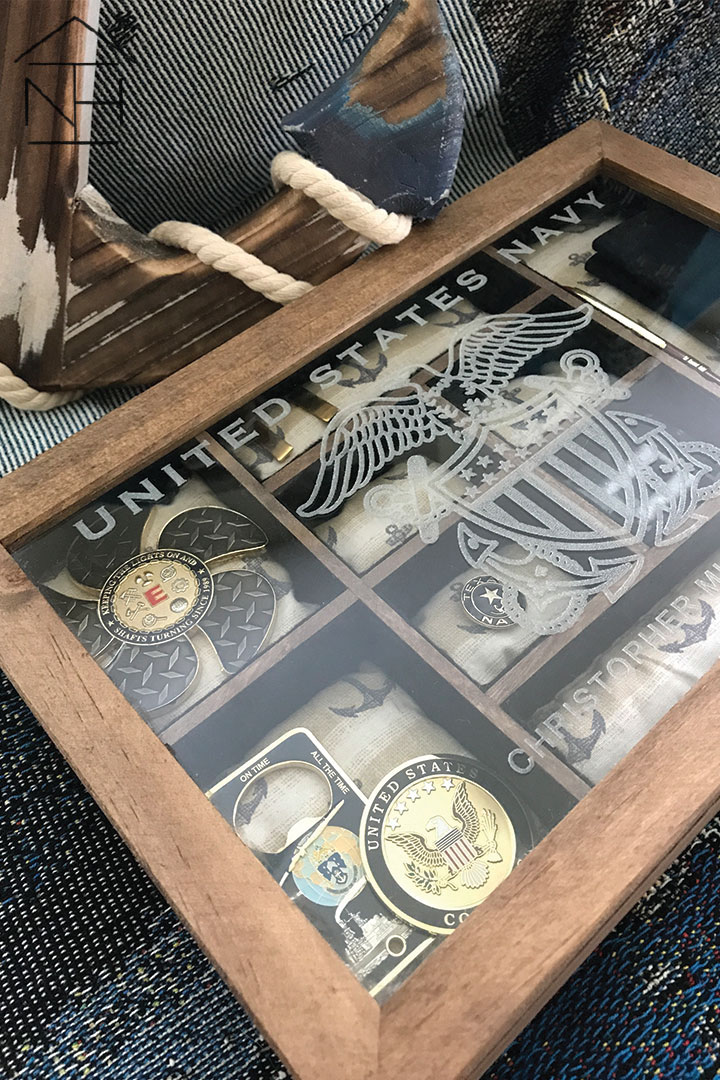 My husband, Chris, was on his first deployment when I made this military rank box for him. I wanted to make something special as a gift for when he got home and had come up with the idea several months before he even deployed… 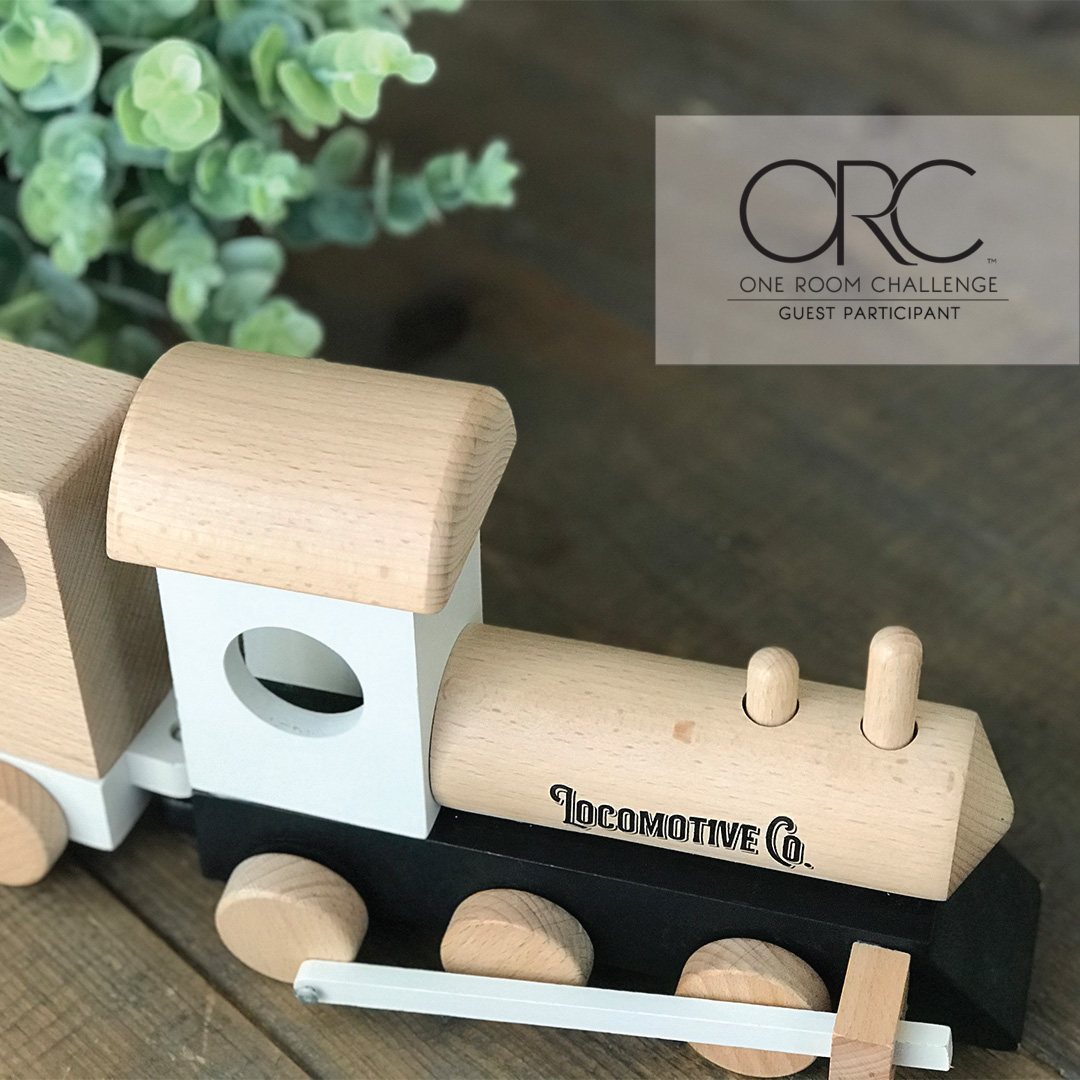 Howdy and welcome! If you have been following along with our woodland nursery series, then you already know that the plans for our son’s big boy room have been in the works for the last couple of months. The plans that is, we haven’t actually started any physical work on it yet besides shopping… 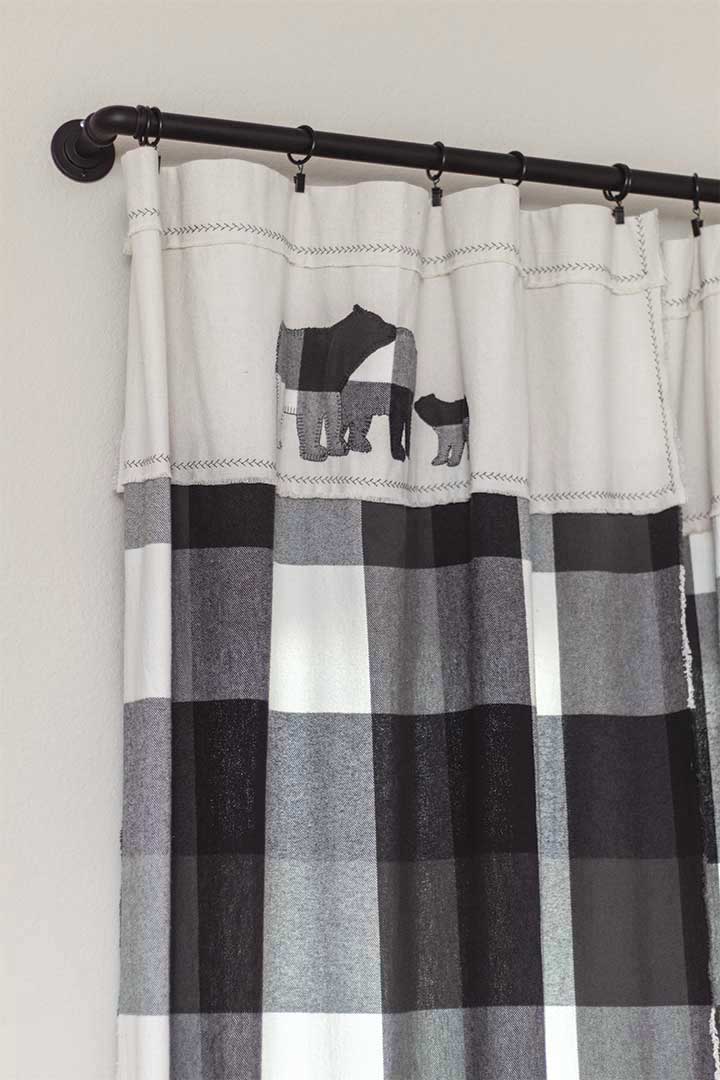 Let’s just start off with what might be a controversial topic. Blackout curtains in a nursery, or no?
How about we meet in the middle and get the best of both worlds!
My logic was, if my son can fall asleep in the car or stroller with the sun blaring, then he should… 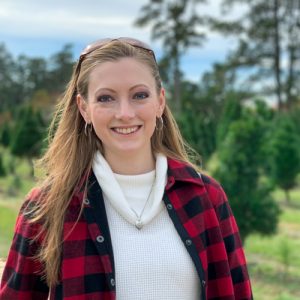 Howdy, I’m Lauren!
Welcome to our farmhouse, I’m so glad you’re here! Fascinated with the simple life, everything DIY, and learning to cook like my grandma. Join me in our handmade, homemade, natural living journey.